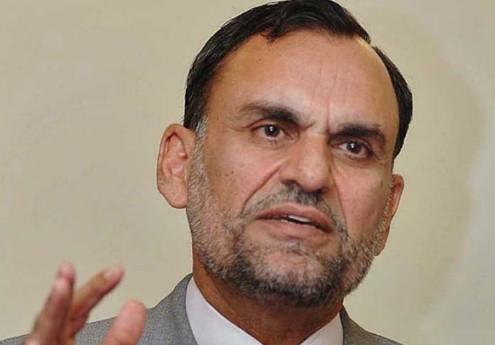 FIA requested Azam Swati’s 8-day physical remand, the investigating officer said that there are some controversial tweets due to which he was arrest.

A narrative is being create, an FIR has already been register against him. , he did not deny the tweet, he has committed this crime for the second time.

Babra Awan said that the tweets do not meet the provisions of the FIR, the statement taken by the police has no legal status.

He said that Azam Swati’s statement of 164 was not take, Senator Azam Swati was brutally torture last time.

Azam Swati still could not recover from this violence, Azam Swati’s life is also in danger, give this statement if anything happens to Azam Swati in their custody.

They will be responsible, the FIA ​​people present here. Their names should be include in the order sheet. The judge said that I will include only the names of those who are present.

The court handed over Senator Azam Swati on 2-day physical remand to the FIA ​​while pronouncing a safe verdict.