Two senior journalists have come face to face over the letter written to the Chief Justice of Pakistan by senior Pakistani journalist Arshad Sharif. Who was martyred in Kenya. “Adeel Raja advised Journalist Hasan Ayub not to spread Propaganda about Arshad Sharif’s Letter” 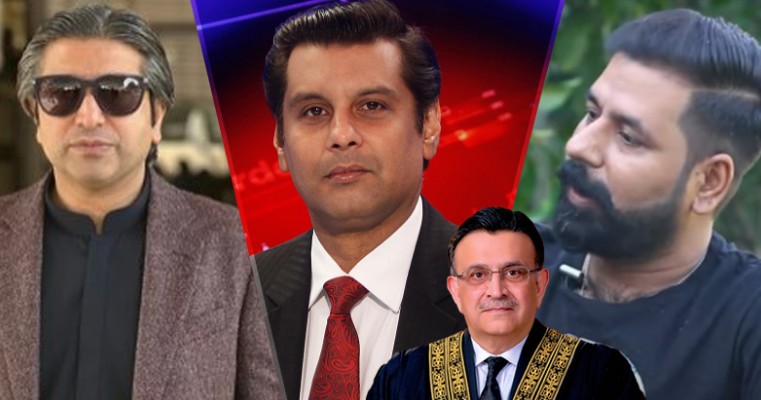 On this statement of Hasan Ayub, journalist and producer Adeel Raja replied and said that the letter has been receive by the Chief Justice. He has gone ahead to campaign in favor of the Chief Justice. Due to which Arshad Sharif had to leave the country due to his lack of action. Amazing, what kind of lies are being peddle here.

Hasan Ayub Khan did not remain silent on this statement of Adeel Raja. But tweeted another to answer and said that I never talk on air. The letter was not receive by the Chief Justice. I went to America from this world. Had not gone, if you or Arshad Sharif bhai had made the telephone. It would have been better arrange to deliver the letter which you did.

Adeel Raja replied that you are not only talking in the air but also spreading false propaganda.

Hasan Ayub Khan in response prayed for the curse of Allah on those who lie and make false accusations, Adil Raja responded by saying that you should not earn this curse yourself and keep silent, it is not always possible to spread false propaganda. And not at all on the death of Arshad Sharif.

Adeel Raja shared this clip and told Hasan Ayub Khan that don’t believe anyone’s false propaganda, the court failed to take action in this matter and is still failing till date.

Journalist Mohsin Ejaz said that the letter of Arshad Sharif Shaheed to the Chief Justice of Pakistan was give to him by the then Registrar Supreme Court Jawad Pal at the request of Arshad Sahib. He informed the media about the dangers and once again requested to take action on the situation.